“Why Don’t You Care About Humans?”

This past weekend, myself and other members of Direct Action Everywhere NYC volunteered with a local organization called Chilis on Wheels (CoW). CoW distributes free vegan chili to anyone who is in need of a warm meal. The total amount of donated food per month is about 800 meals! CoW also has vegan leaflets on hand to educate those who wish to learn more about veganism. I’m really looking forward to volunteering again — it felt so good to see how happy people were to get a nutritious, delicious, and free meal. It was also awesome to be around other vegans who want to give back to the community and recognize that we should be helping our fellow humans, too:

Chilis on Wheels was started on November, 2014 by Michelle Carrera. After searching for a soup kitchen that would serve a vegan Thanksgiving meal and coming up empty, she decided to cook her own chilis and take them directly to people in need of a warm meal. After receiving a lot of support and encouragement from family and friends, and after seeing first hand the need for such a program, she became inspired and committed to bringing vegan food to those in need. (Chilis On Wheels)

You may be asking, why vegan food? Many people do not realize that a significant cause of world hunger is animal agriculture. Two-thirds of U.S. farmland is for animal feed. Over 64% of all corn grown is fed to animals, and only 1.5% of all corn grown in the US becomes corn-type food. Those stats are from “A Hard Look at Corn Economics,” which examines the link between corn and world hunger.

In that article, Bruce Bobcock, a professor at Iowa State University, is interviewed. When asked if we could use the land that’s grown as food for livestock and use it instead to grow food for humans, Bobcock replies: “Such a small portion of our land goes to grow actual food that people consume, that if we really wanted to increase that supply, it would be pretty easy.” In fact, if we stopped growing corn for animals and raised food for humans, Bobcock says “We would have more land available for the 10 billion than they would know what to do with.”

But it’s not just Bruce Bobcock who think we could solve the world hunger problem by eating less (or zero) meat. According to Dr. Sahadeva Dasa:

The world’s cattle alone consume a quantity of food equal to the caloric needs of 8.7 billion people — more than the entire human population on Earth. Meanwhile, the UN says that 800 million people are suffering from “nutritional deficiency” (i.e. they’re starving). (Meat Eating – The Cause For World Hunger and Criminal Waste of Grains)

There is more information available on the Internet on the link between world hunger and animal agriculture. I highly recommend checking out Dr. Richard Oppenlander’s work, such as “Animal Agriculture, Hunger and How To Feed a Growing Global Population.” Dr. Oppenlander is an award-winning author and expert in sustainability issues. The issue of world hunger often comes up in his lectures, and according to him:

In 2011, there was a record harvest of grain globally, with over 2.5 billion tons, but half of that was fed to animals in the meat and dairy industries. Seventy seven percent of all coarse grains (corn, oats, sorghum, barley, etc.) and over 90% of all soy grown in the world was fed to livestock. So clearly the difficulty is not how can we produce enough food to feed the hungry, but where all the food we produce globally is going, in addition to the other factors of pricing, policy making, and education. (The World Hunger-Food Choice Connection: A Summary)

As an animal liberationist, I am often accused of caring more about animals than I do humans. The truth is that I care about both. I went vegan for ethical reasons – using animals is morally wrong. When I went vegan, I learned about how animal agriculture is devastating our planet, our resources, our wildlife, and our health. I would imagine that everyone would agree that issues such as world hunger, climate change, public health and loss of biodiversity are serious and we should be taking whatever steps necessary to alleviate these problems.

But for some reason, when those steps involve removing animal products from our diet people suddenly don’t think those problems are a serious concern. 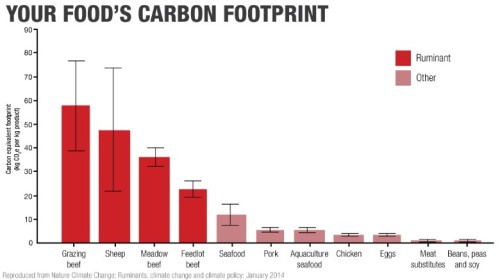 I’ve seen many people claim that a vegan diet is a privilege. To eat nutritious meals as a vegan is not expensive, but if I wanted to eat at gourmet plant-based restaurants then yes it could be. However, if I wanted to at high-end steakhouses, it would be expensive too! And the thing is, cheap animal products also comes at a price. No matter where we eat – McDonald’s or Peter Lugers Steakhouse — when we eat meat, we are diverting precious resources that could be fed to our fellow humans or diverting precious land that could be used to raise crops for human consumption. And that is all because some humans enjoy the taste of animal flesh and parts.

So the next time someone asks me, “Why don’t you care about humans?” I will ask them the same.

Chilis on Wheels meets every Saturday in Tompkins Square Park in Manhattan. Please contact the organization if you’re interested in volunteering. Donations are accepted here. Chilis on Wheels is a registered non-profit. Please support this amazing organization!