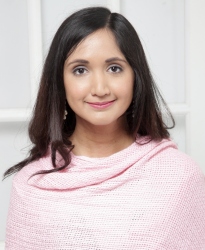 For Sonia Faruqi, former Wall Street investment banker, her journey investigating animal farms began accidentally when she volunteered at an organic dairy farm. She quickly discovered that the animals weren’t treated as she hoped and expected. Sonia found herself delving deeper into the animal agriculture industry, even managing to gain access to a bob veal farm and traveling to places such as Belize and Malaysia. Her farm investigations have become the basis of her debut book, “Project Animal Farm,” which explores pertinent issues concerning agriculture such as animal welfare, the environment, food labeling and more. The book trailer for the film can be viewed here.

I have had the pleasure of interning with Sonia these past few months as Blog Outreach Manager and assisting with developing a discussion guide for her book. Project Animal Farm can be ordered through Amazon, Barnes and Noble, and Books a Million. I urge all my readers to pick up a copy! I believe that the book will benefit even the most devoted animal advocate, as readers are sure to learn something new from this well-researched text. Project Animal Farm is not only eye-opening but also an exciting and optimistic read. Readers get an in depth look into a wide variety of farming practices and even get inside a slaughterhouse.

Project Animal Farm has been endorsed by many brilliant people, from philosopher Peter Singer to Nobel prize winning author J.M. Coatzee, and more.

I recently spoke with Sonia about Project Animal Farm and the following is an edited version of our conversation.

RACHEL: Can you highlight some of the human health and environmental consequences of the way farm animals are treated? 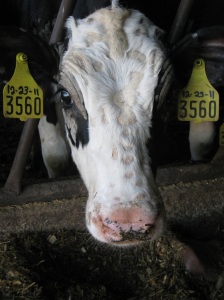 Image of a dairy cow with ringworm. Photo via Sonia Faruqi; used with permission.

SONIA: There are significant consequences. Health consequences relate to antibiotic resistance, because of the high levels of antibiotics that animals are given. There are also food safety issues such as Salmonella and E. coli contamination. Another pressing health issue is flu viruses: They are difficult to control and understand, and can be deadly, like the 2009 swine flu, which is estimated to have killed a couple hundred thousand people around the world. As for environmental consequences: In the United States, factory farms are the biggest polluters of rivers and lakes, and there’s the long term issue of climate change as well.

RACHEL: Was there a moment during your investigations when you realized that you were doing something special?

SONIA: There wasn’t a precise moment, but at some point, I did realize that it was vital for me to share what I was learning with others. I was learning so much with each conversation and observation at farms—gaining information that others don’t have access to.

RACHEL: Did you feel a duty to continue investigations?

RACHEL: What were some of the good moments you had on the farms?

SONIA: There were lots of good moments. Most of all, I liked the people I met; I liked spending time with them and hanging out. Other moments were when I saw solutions: when I saw good farms and I had epiphanies and ideas.

RACHEL: Can you discuss what it was like being a woman and doing these investigations?

SONIA: Young women are not assumed to be a threat. People view you as harmless both physically and intellectually. That helped me. But it’s also riskier to be a woman in a male-dominated industry. You’re much more noticeable, you can’t disappear into the background as much as you could if you fit the profile and demographic of a farmer. So there were challenges, but mostly, I found that being a woman was advantageous. 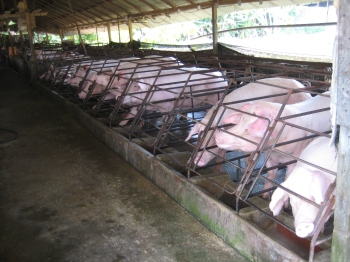 Image of pigs in crates. Photo via Sonia Faruqi; used with permission.

RACHEL: How, if at all, did ag-gag laws affect your investigations?

SONIA: Ag-gag laws are nerve-racking and stressful because one can get criminalized for a simple act like taking pictures. There are several states with ag-gag laws, such as Idaho, Iowa, Kansas, Missouri, Montana, North Dakota, and Utah. I avoided these states. For the American leg of my journey, I went to California and Vermont. Ag-gag laws are troubling in the fact that they threaten our access to information, our food safety, and the very concept of democracy itself.

SONIA: It comes down to awareness and action. Right now, we are living in a society where almost all of us — most of us — have no connection whatsoever with farm animals. This was true of myself before I started Project Animal Farm. I hope that readers see things through my eyes, that they meet animals and farmers on the page, and the importance of these issues become clearer and hits closer to home. I hope that people see that the current state of animal agribusiness is not conscionable or acceptable, and that it is harmful for all parties involved. And I hope that this new understanding leads to action: changing eating habits, changing purchasing habits, and making political decisions accordingly as well. 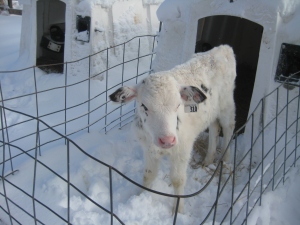 Image of a calf in his pen, standing in the snow. Photo via Sonia Faruqi; used with permission.

SONIA: Yes. It’s not only possible, but also likely and necessary. It’s also quite simple: Small changes like improved government regulations and inspections present excellent possibilities for effective change. Change is in our grasp—we just have to choose to reach for it.