Hello readers! I’m currently in the middle of writing a bunch of posts, including a review and interview with the recently published Little Darling’s Pinups for Pitbulls book, a discussion about Mayo Gate, and a post about animal activists over at the other blog I help out on, Species and Class. But since I feel the urge to get something posted, and because I haven’t done a news grab bag in a while, here’s a bunch of interesting articles or news that you guys might want to check out! 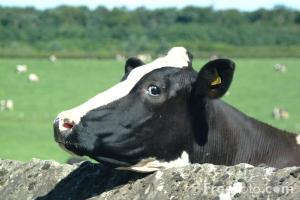 Animals and our “Food” System

“As a gay man myself, I know only too well what it is like to be treated indifferently, that’s why I hope we can give Benjy a second chance in life whilst helping to bring attention to the problems facing all gay people everywhere around the world, and of course the many other Benjy’s that are brought to slaughter on a daily basis who are not so lucky.”

***UPDATE AS OF 4PM: I just saw in my Google Alerts that Benji was saved from slaughter!

[T]he idea behind the memorials is to encourage commuters to go vegan and think about the animals killed in crashes. “These accidents are completely avoidable. Turkeys in the first place should never be spending their lives on factory farms mired in their own waste and then being trucked to slaughter […] These accidents are so tragic but they’re also an opportunity to really draw people’s attention to the plight of these animals.”

Animals and the Law

Nineteenth Judicial District Court Judge William Morvant dismissed a lawsuit on Monday challenging an amendment, which the state legislature adopted at its most recent session, to a law regarding Tony the tiger. Morvant said in court that the lawsuit, which the Animal Legal Defense Fund argued on behalf of former state Rep. Warren Triche Jr., attempted to address the same issues in a still-pending lawsuit in another judge’s court.

Tirapongse Pangsrivongse, president of the Thai Society for the Prevention of Cruelty to Animals, said the bill marks a victory for rights groups. However, he warned regulations must be specific about what constitutes cruelty. “By only specifying piecemeal details of cruel acts, the law will exclude more cruel acts than it includes,” he said. “Unfortunately the creativity of unscrupulous people knows no bounds.”

“New Yorkers value their pets as companions and are entitled to know that they came from sources that treated them in a safe and healthy manner. By working with municipalities, we will help ensure that New Yorkers can be confident that their cats and dogs are healthy when they purchase them and that they were raised in a safe place.”