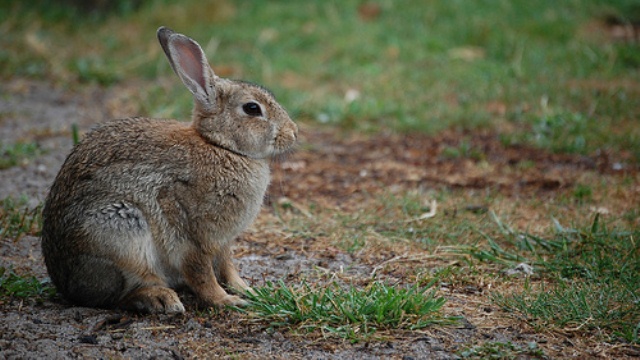 Today’s news brought to you by a rabbit… Why? Scroll to find out! 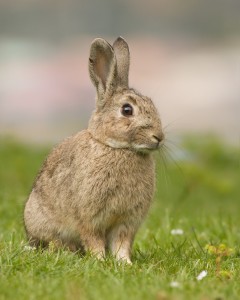 A PAINFUL REALITY: Nebraska among top states with dog breeders who neglect their animals. “Regulation alone cannot put an end to puppy mills. They will end for good only when consumers stop buying their puppies and insist on dealing only with animal shelters, breed rescues or small responsible breeders they have met in person.”

Miami-Dade imposes new rules for puppy sales. “A new Miami-Dade law requires pet shops to advertise the source of dogs for sale, a measure designed to flag some far-flung providers of local puppies. With Colombia the top exporter of dogs into the United States and a heavy user of Miami ports, local regulators expect to see Bogota show up as a puppy source in Miami-Dade. Backers of the new law say it will give potential dog buyers a chance to research breeders and rethink whether it makes sense to buy. ‘For puppies coming in from Missouri, which is a big source in Miami-Dade, the [U.S. Department of Agriculture] posts its reports online. So it’s very easy,’ said Kathy Labrada, chief of operations and enforcement for Animal Services in Miami-Dade. ‘For a farm in Colombia, that presents a bit of an issue.’”

Susie the therapy dog, abused as a puppy, named Hero Dog of the Year. “In the months following her adoption, Susie became a therapy dog to help other people who had survived traumatic events. Together, Lawrence and Susie also fought for stronger anti-cruelty laws in North Carolina. In 2010, they stood by as Gov. Bev Perdue signed Susie’s Law into effect, with Susie’s paw print appearing beside the governor’s signature.”

Animals and the Law

Protection for Wolves Is Restored in Wyoming. “A federal judge restored Endangered Species Act protection for wolves in Wyoming on Tuesday, ruling that the federal Fish and Wildlife Service accepted a state commitment to maintain the wolf population without requiring adequate safeguards.”

Lake Erie, not factory farms, needs to be protected. “Lake Erie is a vital resource for millions of residents and visitors yet it is being threatened by harmful algal blooms which produce potentially deadly toxins. Last month, these toxins resulted in the loss of drinking water for over 400,000 residents in the Toledo area. Although manure runoff is suspected as one of the major sources of the phosphorus that feeds the HABs, Ohio has failed to regulate Concentrated Animal Feeding Operations as mandated under the Clean Water Act.”

Beef, pork prices on long march higher. “The USDA forecasts beef and veal prices will rise by 8 to 9 percent for the whole of 2014, and pork prices will rise by 7.5 to 8.5 percent. Price increases in 2015 in both categories are expected to reach a more modest 3.5 percent.” […] “Although the USDA predicted this year that the drought in California would push up fruit and vegetable prices, it hasn’t happened yet. Vegetables and fruits were a bright spot in the most recent USDA consumer price index. Fresh vegetables were up only 2 to 3 percent while fruit dropped 4.5 to 5.5 percent for the year. Those figures helped to temper the growth of total food inflation.”

Monkey dies during USF research study. “[W]ater was withheld from monkeys on two occasion since April of 2013. In an incident that took place on December 11, 12, and 18th, water was withheld, which resulted in one monkey having to be put down and 3 other falling ill after coming down with a condition known as ketosis.”

Sopwell House removes foie gras from menu after online protest from animal rights activists. “Eight hours after we started the campaign, we received a polite response from the management of the restaurant confirming that they will remove foie gras from their menu. We were very happy about this and sent our best wishes and gratitude to the management team.”  [Note from Rachel: Now if only we’d get animals off menus completely…]

RCMP swapping muskrat fur hats for animal-friendly alternative. After decades of pressure from animal-rights activists, the RCMP [Royal Canadian Mounted Police] have agreed to replace their cold-weather muskrat fur hats with something more fur-friendly. An RCMP spokesperson confirmed this week that the national police force will begin a ‘significant move’ away from using muskrat fur for their traditional winter hats. Starting this winter, Mounties will instead wear a tuque made of merino wool. [Note from Rachel: Wool is not actually “animal friendly.” To learn more about wool, please read this.]

And finally, I have been involved in this on-going discussion/argument on this rabbit article. If you’re interested in reading the lengths at which people will go to defend their decision to raise and kill rabbits for “food,” then grab your popcorn!