Photo of the Day: Trinity River Full of Pig Blood 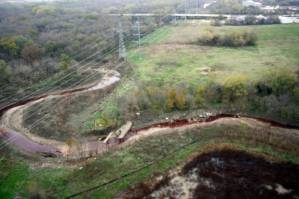 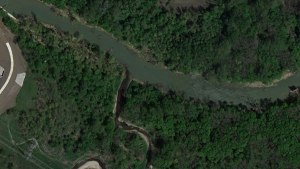 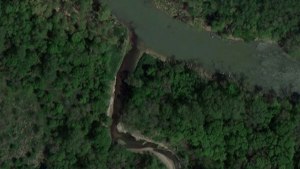 These photos depicting pig blood flowing from a slaughterhouse into the Trinity River are shocking and horrific. Although the contamination happened last year, the photos are making the rounds in the media again because meatpacking company Columbia Packing, accused of letting the blood contaminate the river, has recently been indicted on various charges: namely, tampering with evidence and releasing industrial waste into the creek. An investigation had “demonstrated the discharge of waste products and contaminants following swine processing and cleaning at Columbia. This discharge of waste products and contaminants fed into Cedar Creek and then dissipated into the bigger waterway, the Trinity River.” Punishment includes fines and prison sentences.

These photographs demonstrate the reality of eating animals. Factory farming has polluted over 35,000 miles of river and has contaminated groundwater in 17 states [see more here] The communities who live near CAFOs (Concentrated Animal Feeding Operations) are also deeply affected. For example, take the Snake River in Idaho, contaminated by a beef cattle feedlot, which is “impaired due to high levels of bacteria and nutrients that reduce the oxygen available in the water to support aquatic life.  The presence of pathogens in this river poses risks to human health from waterborne pathogens that cause disease.” The National Resources Defense Council further outlines the human health effects of living near livestock farms here. But besides sickness, disease, and death, there is also the basic grossness of living near one of these operations: the smell. In regards to the Columbia Packing lawsuit, Dallas City Council member Dwaine Caraway had this to say: “It’s unfortunate it has come to this. But at the same token, the community has had to endure for 50 years-plus the stench that was coming from that area.”

We do not have to do this to the environment and to each other. By refusing to participate in the consumption of eating animals, we can help heal the planet — and our health.